I was hoping for a good start to this week. The day began well with Tony and I levelling off the infill in the slab area (to be followed later this week by insulation, steel and concrete). Things started to go astray when we realised that it would be pointless going to the builders merchant for the next lot of cement, ballast and pipes as it was getting near lunchtime and the guys would be concentrating on their lunch (the French love their food). We decided to mark out the service pipe locations. This is when we hit a problem, the plan drawing was not to scale and we did not have the measurements to place the services. A quick brainstorm session later and the use of a calculator, we had calculated the services layout (I hope correctly)

We had lunch and then marked out the bathrooms and kitchen and agreed where the services pipes would be laid.

That done we went off to the builders merchants in Tonys lorry to collect a load of cement, copings and pipes for services and I spent lots of money. 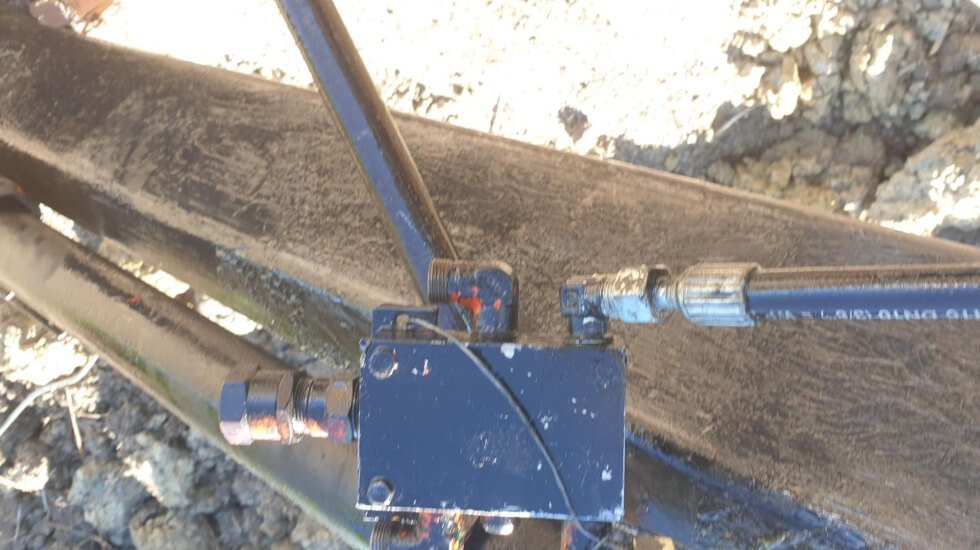 We returned to Villefranche and collected a pallet lifter on the way so we could unload the lorry, Then it went wrong big time, a hydraulic hose on the lorry crane decided to part ways with the crane spraying hydraulic fluid over a great area including me. We stripped the hoses off of the crane ready to be replaced in the morning.u00a0

Everyone is now grumpy. 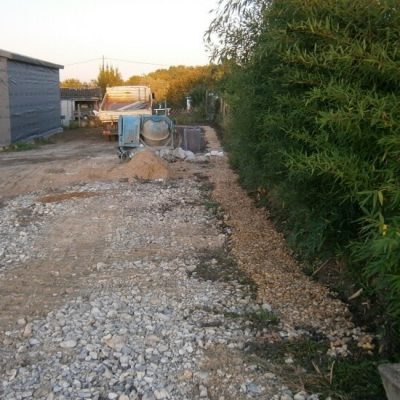 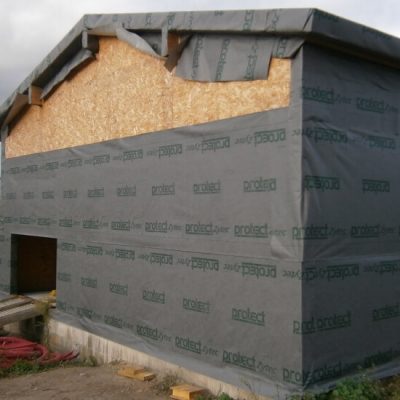 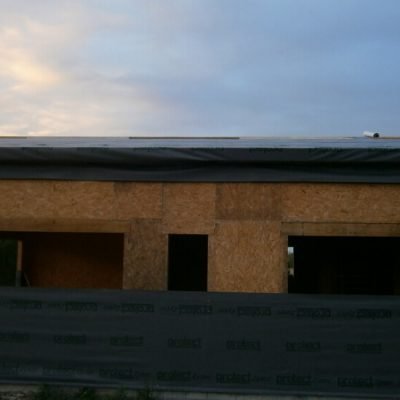 This site uses Akismet to reduce spam. Learn how your comment data is processed.

My Eco-Maison follows the story of my decision to purchase a plot of land in South West France and build a small eco-friendly home. - MichaelMore About My Eco-Maison... 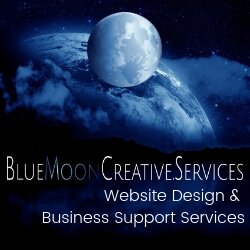 Affiliate Links - See Terms of Use for more details

Stay up to date with all the latest posts and news of the build.

This website uses cookies to improve your experience while you navigate through the website. Out of these, the cookies that are categorized as necessary are stored on your browser as they are essential for the working of basic functionalities of the website. We also use third-party cookies that help us analyze and understand how you use this website. These cookies will be stored in your browser only with your consent. You also have the option to opt-out of these cookies. But opting out of some of these cookies may affect your browsing experience.
Necessary Always Enabled
Necessary cookies are absolutely essential for the website to function properly. This category only includes cookies that ensures basic functionalities and security features of the website. These cookies do not store any personal information.
Non-necessary
Any cookies that may not be particularly necessary for the website to function and is used specifically to collect user personal data via analytics, ads, other embedded contents are termed as non-necessary cookies. It is mandatory to procure user consent prior to running these cookies on your website.
SAVE & ACCEPT